Company Merge is a Gainsight Admin feature, that helps Admins merge two Gainsight company records into a single master company. This article walks you through how to complete the Company Merge process and the impact a Company Merge can have on other applications in Gainsight.

It’s very common for one company to get acquired by another, or for two companies to merge into each other. When this happens, you need to update your records to reflect it. Using the Company Merge feature, you can merge records from the Company object and combine their data into a single master record.

This feature is also recommended for dealing with duplicate records. Duplicate records of the same company can result in inaccurate reporting, rule failures, and can make keeping track of tasks impossible.

The following are key terms associated with using the Company Merge feature.

Please review the following information before initiating a Company Merge:

To access the Company Merge feature, take the following steps:

You have several options to configure how data is merged on the Company Merge page. You can view the history of every Company Merge initiated within your org. This Merge History page is a record of how your Company data has changed. To view this history, click the VIEW LOGS button on the Data Operations page. This will open the Merge History page. 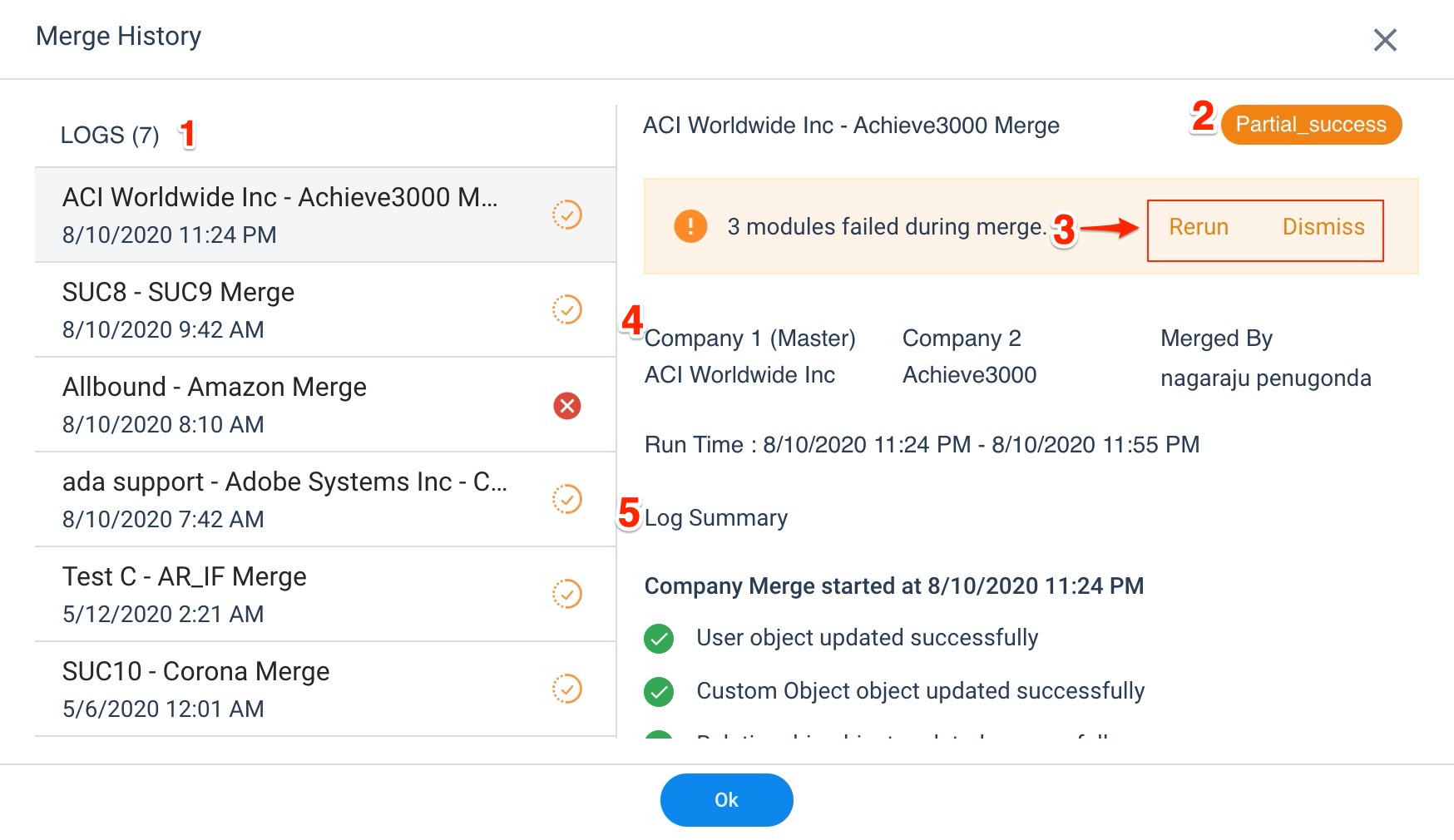 The impact of Company Merge on each module is detailed below. You can also review a summary of the impact in the following table:

Company Merge impacts the following areas for Reporting and Dashboards:

This behavior is the same for Dashboards and other areas of reporting.

If the participants who have already entered the journey will continue in the journey and return parent company reference for Query Builder Sync, Calculated Fields, and Conditional Wait if evaluated.

For more information on the Person list view in the C360/R360 pages, refer to the Person Section in 360 article.

IMPORTANT: Historical Usage data associated with the secondary company will be still stored in the Gainsight database, after the Company Merge is performed.